Anticipated to come in extended sizing and as per usual, with special packaging to celebrate the collaboration. AMBUSH just released a Nike collaboration on the Nike Air Adjust Force. This time, the world-renowned brand is set to collaborate on the Nike Air Force 1 Low for the sneaker’s 40th anniversary, set to release in black and white colorways.

It's no doubt that the AMBUSH x Nike Air Force 1 is a new take to the label’s Dunk High, utilizing the tailpipe Swoosh of the Dunk High. These pairs are much more true to the Air Force 1's original design, especially with the aforementioned upcoming colorways, which if not for the oversized tailpipe Swoosh and branding would be almost identical to the “Triple White” and “Triple Black” in terms of colorway alone.

The sneaker is dressed in premium leather on the base and overlays. Co-branding is featured on the tongue tag with a black lace dubrae and AMBUSH logo seen on the heel clip to finish its design.

For a closer look at the AMBUSH x Nike Air Force 1 Low in 'black' and 'white', see more photos below. These pairs are likely to release later in 2023. 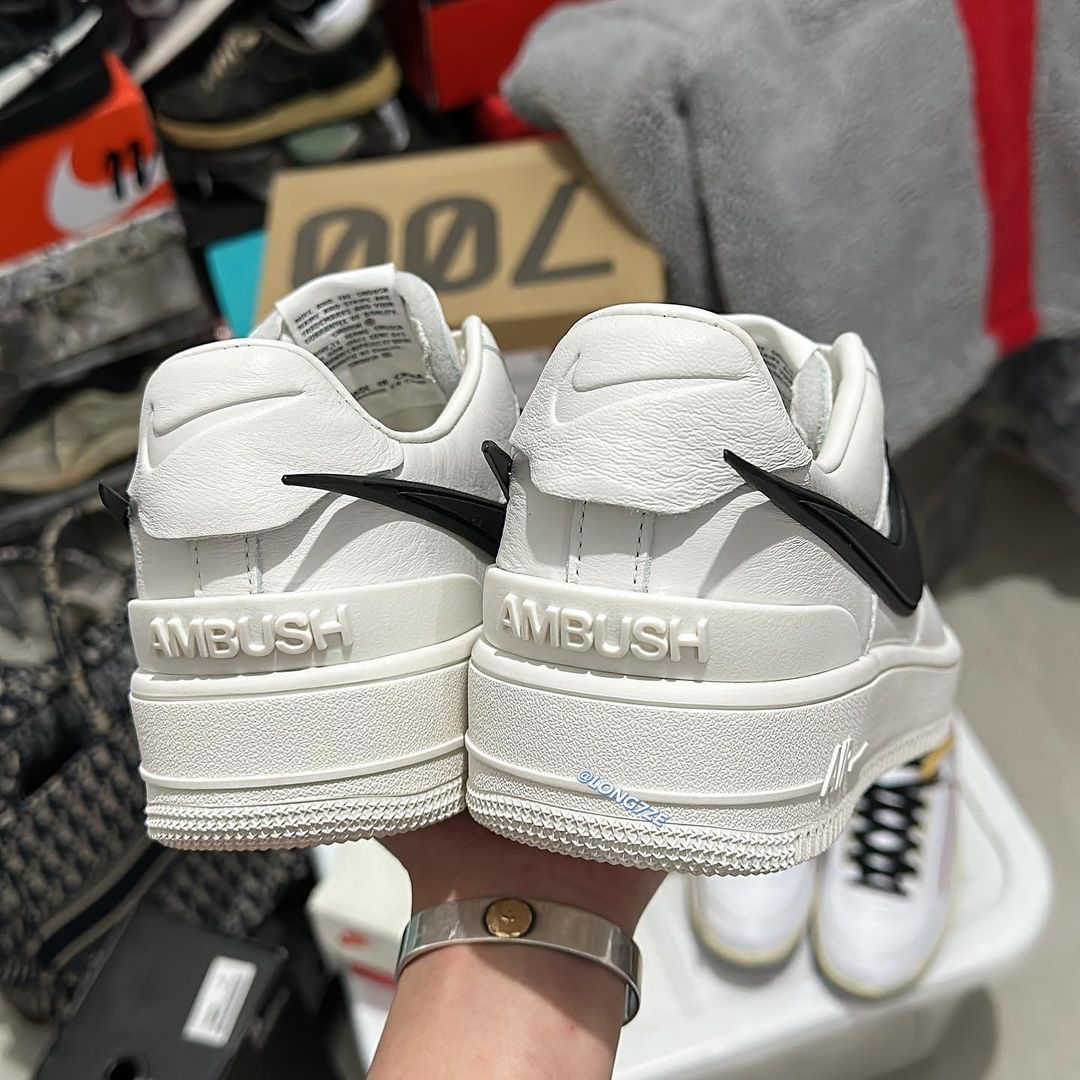 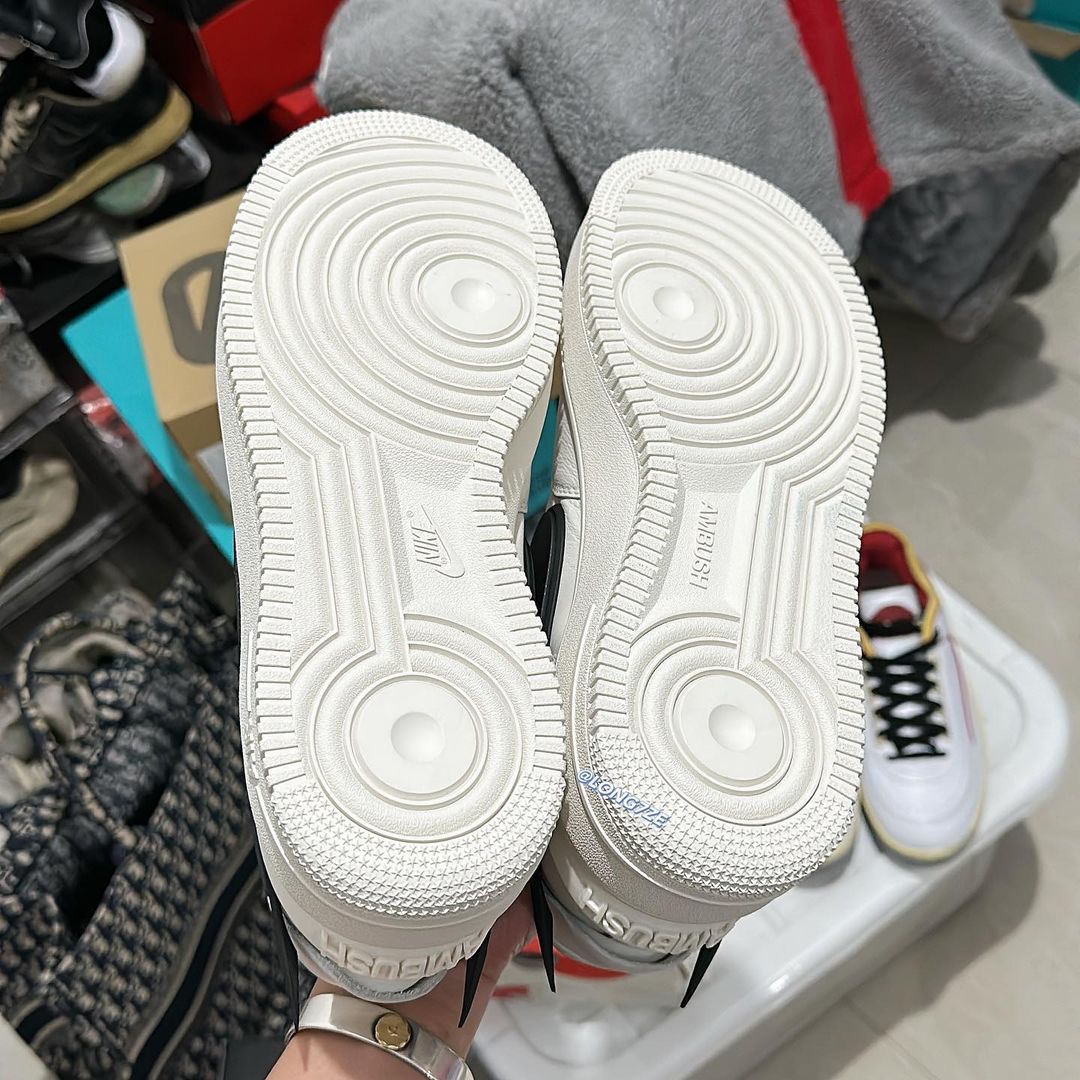 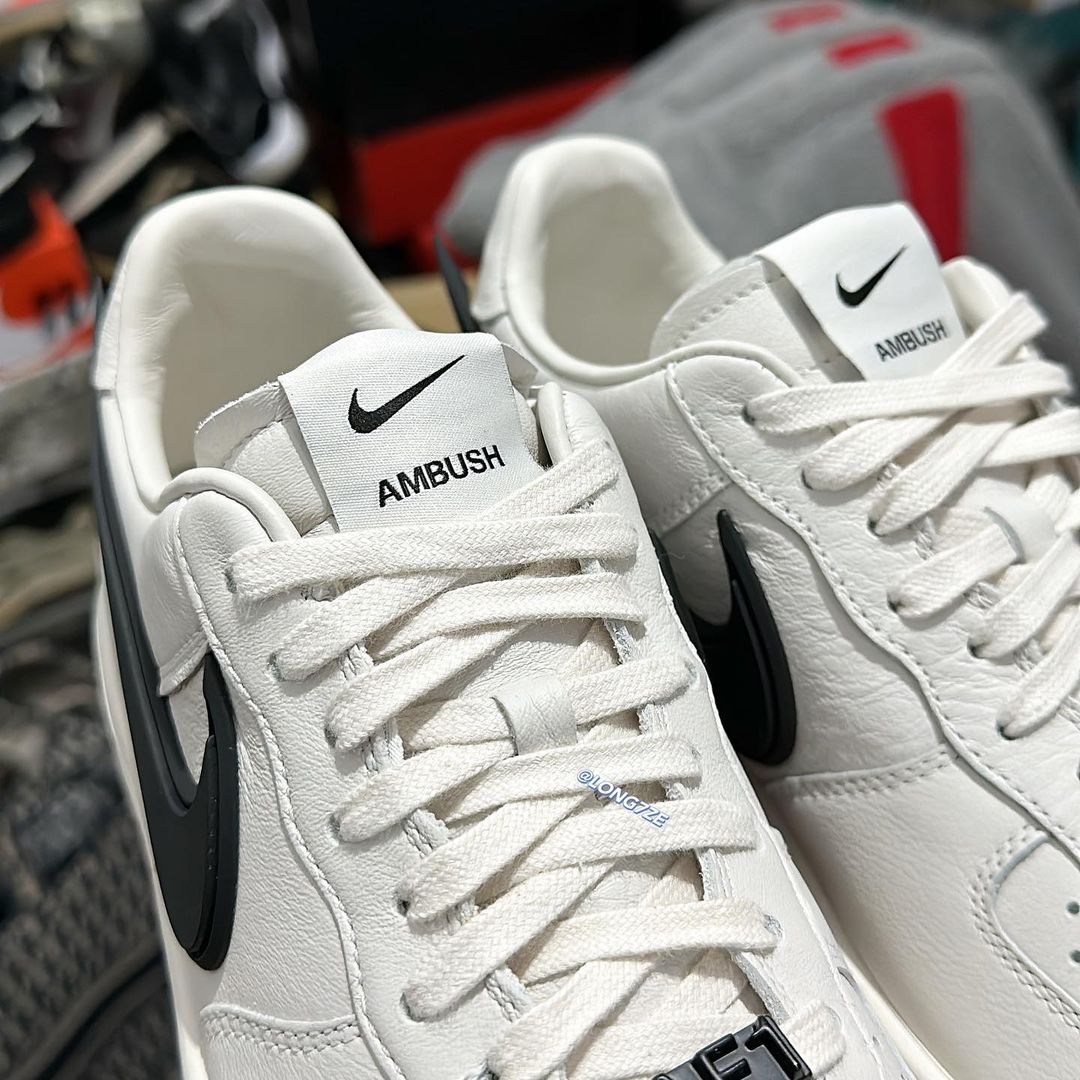 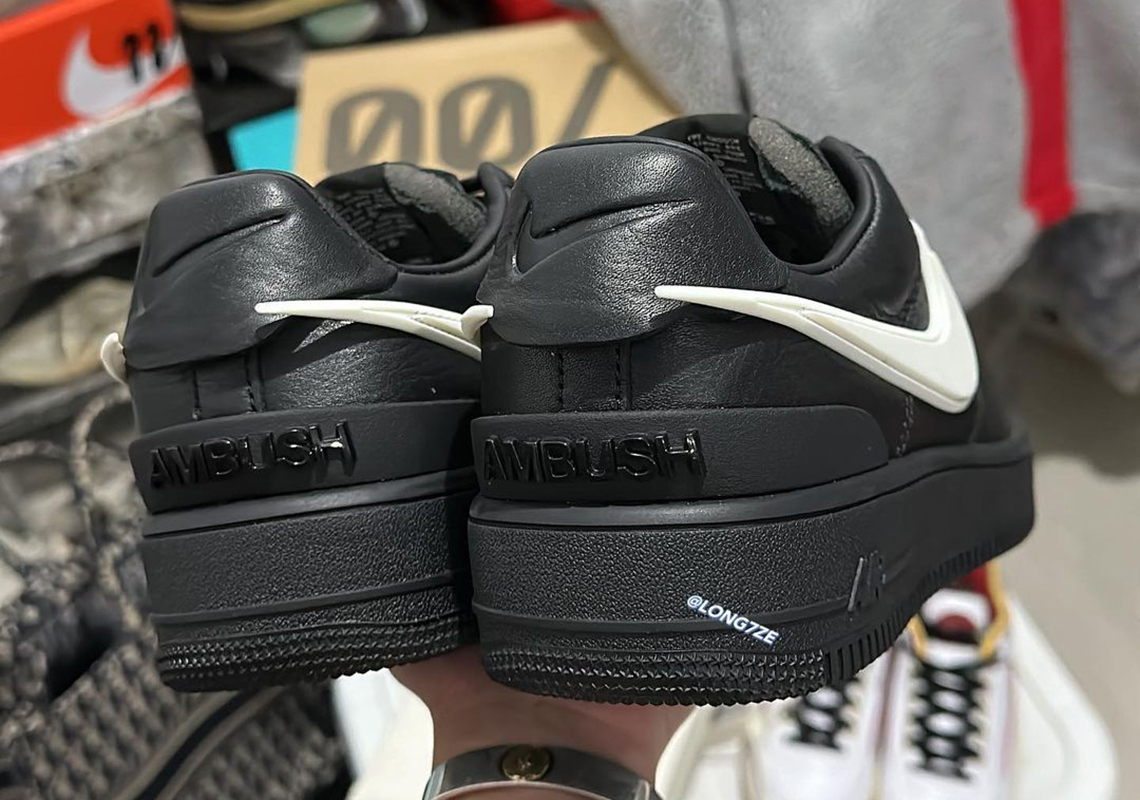 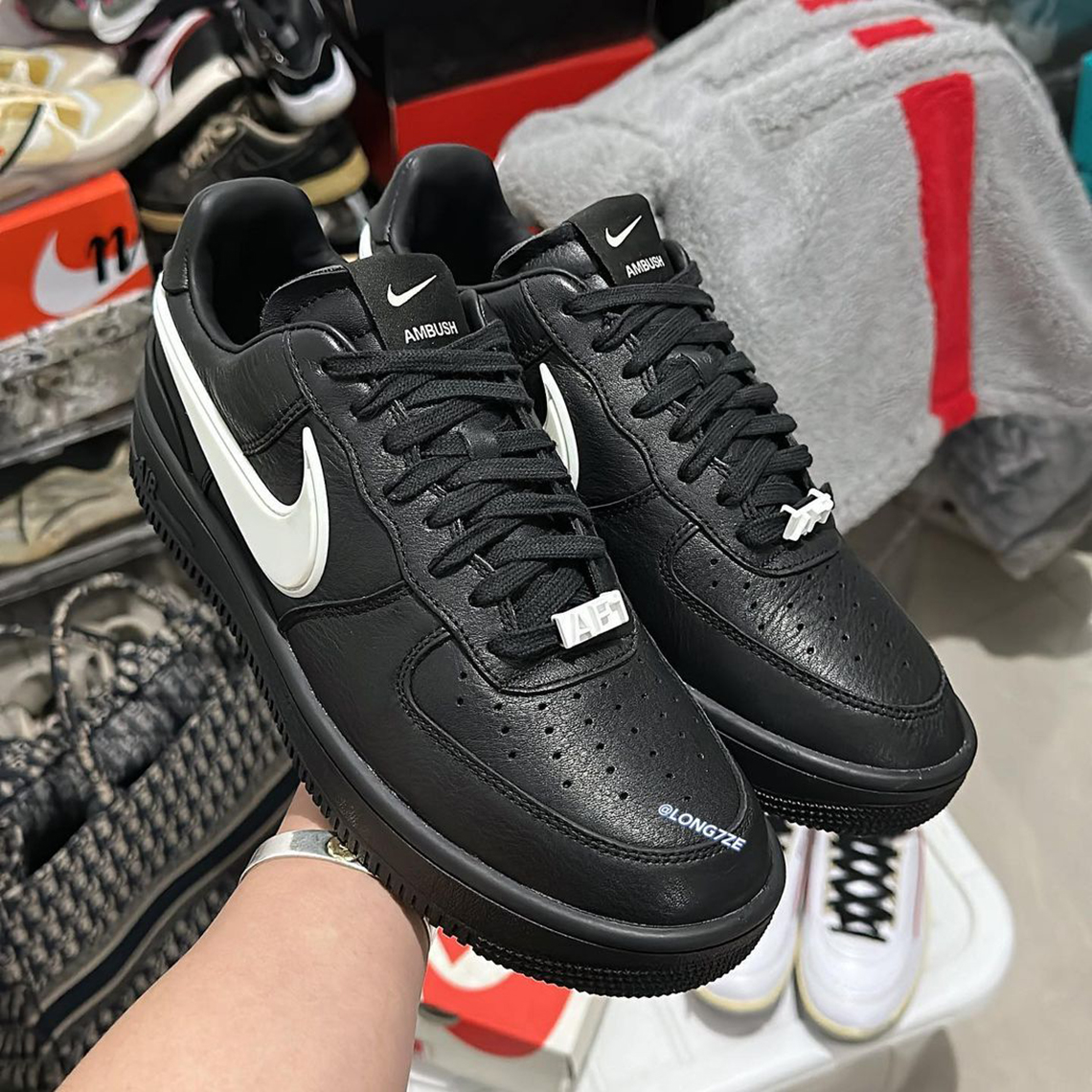 ﻿Coming hot, in ghost grey. Rumored to be a Paris exclusive, this colorway would continue the MoMA, ComplexCon, MCA and ICA exclusive release collection for Off-White and Nike Air Force 1 Low.

First Look at the Nike Dunk Low 'Glow in the Dark'

There's no stopping Nike from releasing more and more heats, including a brand new glow-in-the-dark pair that’s anticipated to enter the lineup. Nike is giving a spooky yet vibrant color-blocking edit to one of its most classic low-top silhouettes, this time revamping it with a phosphorescent makeover.

January 2023 has just kicked off and Nike is already ready to release an assortment of Dunk Low colorways set to launch soon.

This January, Nike is joining forces with Premium Goods to bring an Air Force 1 Low capsule to life.

This sneaker is heavily inspired from the boutique’s owner Jennifer Ford and her rapport plus previous work in the jewelry scene.

Primarily launched in 2009 in the Air Jordan 1 “Defining Moments Pack” (DMP) which pays homage to Michael Jordan’s 63-point game against the Boston Celtics in the 1986 NBA Playoffs, the sneaker utilizes the Chicago color blocking, replacing traditional red with Celtics Green on the ankle flap and heel counter alongside black overlays on the white leather base.

From Nike to adidas Yeezy, check out these exclusive picks for the upcoming Lunar New Year this 2023, curated by Hype Vault.

The Nike Dunk Low is now anticipated to release in a 'Kentucky Alternate' colorway. This redesign stays true to design elements from the original 'Kentucky' colorway from 1985’s 'Be True to Your School' pack with subtle differences.